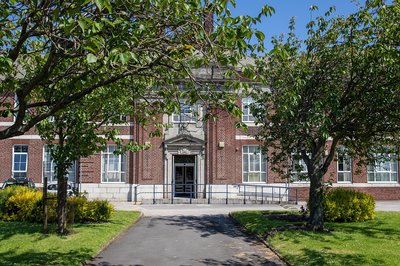 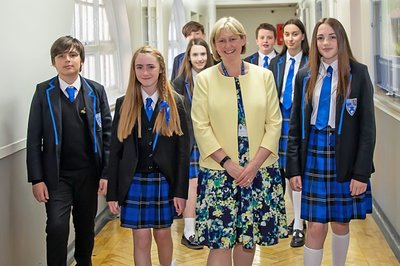 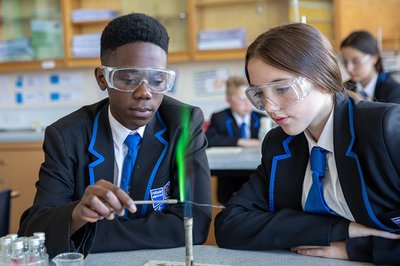 Following the announcement on Tuesday by the Department for Education, we will be re-introducing in school mass testing when pupils return to school in September, in a similar way to when we returned in March.

As pupils will potentially mix with lots of other people during the summer holidays, the advice is that all secondary school pupils should receive 2 on-site lateral flow device tests, 3 to 5 days apart, on their return in the autumn term. Testing is voluntary although we would encourage and recommend that pupils do participate to ensure a smooth and safe reopening for all the school community in September.

We will therefore start testing for Year 7 on Wednesday, 1st September. Appointments will be made for pupils who opt in for self-testing from 2pm - 6pm. Pupils will be give an allotted time and they need to come to school where they will be talked through the process with one of our trained members of staff. The tests that we will be using are new and no longer require the back of the throat to be swabbed – pupils need to swab both nostrils instead. Further details of the tests will be placed on the school website shortly.

If parents wish to accompany their child then this is fine and there will be a waiting area for parents assigned. Pupils can expect to be in school for 30 minutes and will not need to wear school uniform. all pupils will be returning to school on Monday 6th September. This will allow us to test the pupils before they return to classes. The following test (3-5 days later) will take place during the school day.

On Friday 3rd September we will be inviting Year 7 to a Transition day from 10am - 2pm. During this time pupils will spend time with their Form Tutor getting to know the routines of the school. Pupils will be required to wear full uniform on this day.

All pupils will then be returning to school on Monday 6th September. The second test (3-5 days later) will take place during the school day.

We encourage all pupils to take part in this initial testing and if you would like your child to participate please follow this link to complete the consent form by Tuesday 13th July.  CLICK HERE FOR CONSENT FORM

We will be sending out invitations for testing next week and reminders will be sent during the school holidays.

Once this initial phase of testing is completed pupils should then continue to test twice weekly at home until further advice is given.

Finally I would like to thank you all for your support during these difficult times, we have worked hard as a community to keep school running and this hopefully is one of the last hurdles we must tackle in returning to normality.

Updated Guidance Regarding Self Isolation

From Monday 17 January, people who are self-isolating with COVID-19 will have the option to reduce their isolation period after 5 full days if they test...

Information about start of Spring Term and on-site Testing

There will be a staggered start this term to allow pupils to be tested on-site. We will also be re-introducing the wearing of face masks in classrooms in...

Sefton Council are providing funding for school to provide Free School Meal vouchers over the Christmas holiday. If your child is entitled to FSM you will...